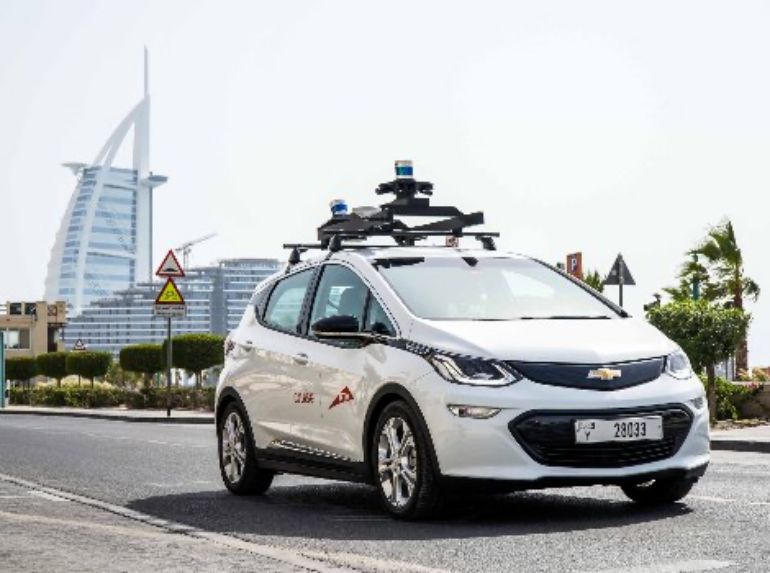 The Roads and Transport Authority (RTA) and Cruise to operate Cruise autonomous vehicles to offer taxi and e-Hail services in Dubai.

Cruise will start July 2022 the operation of two Chevrolet Bolt electric vehicles (EVs) to prepare digital maps for Cruise’s self-driving vehicles. The process is a prelude for the launch of the actual service by 2023 rendering Dubai the first city in the world to commercially operate Cruise self-driving vehicles outside America.

The two Chevrolet Bolt EVs will be initially deployed on Jumeirah streets and driven by specialist drivers. Cruise’s technology uses a high-resolution map of the physical environment, which is created using specialised mapping vehicles equipped with a suite of sensors including LiDAR, camera, and others, and are driven throughout the city to collect data, which is then used to create and maintain a navigable map for autonomous vehicles (AVs).

Cruise, General Motors’ majority-owned autonomous vehicle subsidiary, shares the same vision as GM that AVs can help lead to a safe, less congested future for all, delivering enormous benefits for society in the form of increased safety and access to transportation. These efforts will clearly advance General Motors’ vision of zero crashes, zero emissions and zero congestion.

His Excellency Mattar Al Tayer, Director-General, Chairman of the Board of Executive Directors of the Roads and Transport Authority, said: “Preparing digital maps is an essential step in the process of operating self-driving Cruise Origin vehicles, which will be deployed in limited numbers next year to offer taxi and e-Hail services. We have plans to increase the number of deployed vehicles gradually to reach up to 4000 vehicles by 2030.

“The operation of autonomous vehicles contributes to the integration of transport systems by easing the mobility of public transport riders and helping them to reach their final destinations. It fits well with RTA’s first and last-mile strategy approved last year relating to the first and last sectors of journeys from and to the nearest public transport points. It consists of two sections: groups and individuals,” added Al Tayer.

“The spread of autonomous vehicles marks a quality shift in public transportation systems. It is associated with innovative solutions for facilitating mobility, easing city congestion, and boosting road traffic safety levels. Human errors are responsible for more than 90% of accidents. The Autonomous vehicles are environmentally friendly electric vehicles, and can serve considerable numbers of customers, particularly senior citizens and residents, in addition to people of determination,” commented Al Tayer.

In April 2021, RTA signed an agreement with General Motors backed Cruise to operate Cruise autonomous vehicles to offer taxi and e-Hail services, as part of its efforts to enhance Dubai’s pioneering role in self-driving transport and transform it into the smartest city in the world.

The agreement, which is the first of its kind worldwide between a government entity and a leading company in the field of autonomous vehicles, is a major step toward realising Dubai’s Self-Driving Transport Strategy aimed at converting 25% of total trips in Dubai into self-driving transport trips across different modes of transport by 2030.

The selection of Cruise as the exclusive provider of autonomous vehicles came after a comprehensive, multi-year process to choose the best possible partner. Cruise’s technology, resources, purpose-built vehicle, automaker partnerships, and approach to the safe testing and deployment strategy give them the ability to launch safely and faster than any other company.