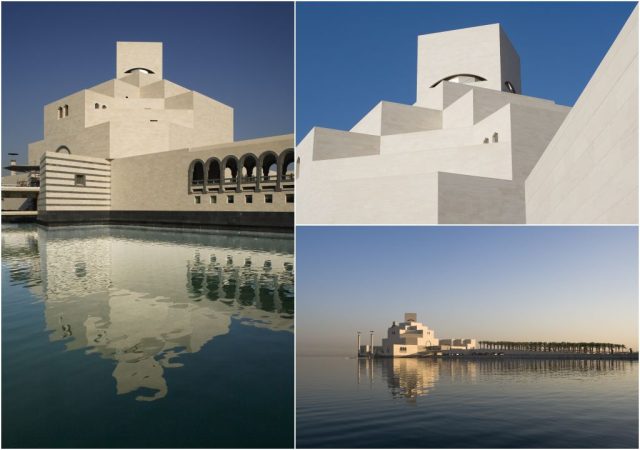 Qatar Museums announced that the iconic Museum of Islamic Art (MIA) will reopen to the public on 5 October 2022 following a facilities enhancement project and the reimagination and reinstallation of its permanent collection galleries.

One of the world’s premier institutions of Islamic art and the first world class museum in the region, MIA will re-open in time for the influx of visitors to Doha for the FIFA World Cup Qatar 2022™ and provide a more accessible, engaging, and educational experience for guests.

More than 1,000 objects – many newly conserved or acquired – will be displayed in the Museum’s permanent galleries for the first time, alongside the masterpieces for which the MIA has long been recognized. Shortly after its reopening, MIA will present the landmark temporary exhibition, Baghdad: Eye’s Delight (26 October 2022 – 25 February 2023), which introduces and celebrates one of world’s most influential cities, looking at its heritage as the capital of the great Abbasid caliphs (750-1258 CE) and its legacy in the 20th century, when the city again became a thriving centre for the arts, culture, and commerce.

The reopening of the MIA is part of Qatar Creates — the year-round national cultural movement that curates, promotes, and celebrates the diversity of cultural activities in Qatar; connecting resident and global audiences with Qatar’s creative industries.

The MIA, an architectural tour de force designed by internationally acclaimed Pritzker Prize-winning architect I.M. Pei, which opened in 2008, was the first institution opened by Qatar Museums under the leadership of Chairperson, Her Excellency Sheikha Al Mayassa bint Hamad bin Khalifa Al Thani. Prominently positioned on its own reclaimed island on the Corniche, specifically chosen by Pei, the Museum is a beacon for Islamic arts and a platform for international dialogue and exchange bridging past and present, East and West.

The reimagining of the collection galleries introduces a comprehensive visitor trail, creates expanded interpretive materials to help contextualise the masterworks, and provides new mobile and child-friendly resources to make the Museum more accessible for families and younger guests. The galleries will be organised according to broad historical and cultural themes, periods and geography, and will explore the great traditions of Islamic craftsmanship. MIA will also introduce a new section on Islam in Southeast Asia and focus on the connection between different cultures through exhibits on the trade of commodities and the exchange of ideas across the Islamic World and beyond.

“The opening of the Museum of Islamic Art was a transformational moment for Qatar, marking the nation’s emergence as a new global cultural destination and paving the way for establishing other major museums and cultural institutions in the region,” said H.E. Sheikha Al Mayassa Al Thani.

“We are excited for locals to have a chance to rediscover the museum, and we invite visitors who are coming to attend World Cup matches to experience this foremost expression of our heritage and culture.”

MIA Director Dr. Julia Gonnella said, “I am honoured to lead this extraordinary institution into its next chapter. This enhancement will benefit generations of visitors, providing an even more meaningful experience and allowing guests to explore the rich vast history of the Islamic World as told through our unparalleled collection.”

The new visitor experience begins on the ground floor with an introduction to the museum itself, with an entirely novel space dedicated to the making of MIA. The former Majlis has been transformed into an immersive gallery for visitors to learn the fascinating story of I.M. Pei and his daring design for the now iconic museum.

The first gallery on level two serves as an introduction, showcasing some of MIA’s greatest artefacts including the Blue Qur’an, the Cavour Vase, the Varanasi necklace, the Ramayana manuscript for Hamida Banu Begum, and the Franchetti tapestry, and providing an overview of the topics to come, while also illustrating the wide variety of materials used in Islamic art across the vast geographical scope and broad time scale covered. This is followed by an exploration of the origins and spread of Islam, with galleries devoted to the Qur’an and its history, the Muslim Community (umma), learning and education within Islamic cultures and finally an examination of the expansion of Islam to both Eastern and Western lands. In addition, visitors will follow the historical events that led to the establishment of the caliphate, its expansion eastward into Iran and Central Asia, the development of courtly culture in al-Andalus, and the survival of the Islamic heritage in post-Islamic Spain. In their new arrangement, these galleries also illustrate the wide variety of materials used in Islamic art, including carpets and textiles, manuscripts, ceramics, wood, ivory, metalwork, stone and glass, spanning Spain and North Africa to the Far East from the earliest Islamic period to the 20th century CE. Highlights from these galleries include early Hijazi Qur’an fragments, the sitara of the Holy Ka’ba, the Moroccan arch, a precious copy of al-Sufi’s treatise on the fixed stars, the Abbasid blue-and-white bowl, the Seljuq stucco panel, the Doha Hind, and the post-Islamic Spanish ceiling.

Level three takes visitors through the Islamic World from the Mediterranean in the West to the Indian Ocean in the East and beyond, focusing on the arts and societies of the 11th to 19th centuries. The main galleries focus on the three ‘Gunpowder’ empires: the Ottomans (ruling from Turkey over much of the Arab lands), the Safavids (Iran), and the Mughals (South Asia), whose historical and artistic legacy continues to have an enormous impact on the identities of the populations in these regions today. On view are precious carpets from the Safavid period, MIA’s impressive collection of Mughal jewels, and a beautiful display of Ottoman Iznik pottery and tilework. These are accompanied by displays of Islamic manuscripts and arms and armour, concluding with exciting new galleries dedicated to China and Southeast Asia, the latter a subject not typically presented in Islamic art museum, reminding visitors that the region today is home to the largest Muslim community worldwide. Artefacts from the Cirebon shipwreck, jade vessels, Indonesian gold jewellery and textiles are among the key objects on view. Level three also explores hospitality – showcasing a spectacular and newly conserved 19th century Syrian interior from a Damascus home – that served as a multifunctional microcosm of Ottoman life.

The newly created “Family Trail” is a key component of the gallery refurbishment to engage young visitors on topics that relate to their own lives and experiences. Utilising new technologies, interactive displays and multi-sensory applications further engage visitors, children and adults alike, throughout the museum.

Adding to the visitor experience, and complementing the many incredible artefacts and artworks on display, guests  will encounter images and films of different architecture and sites from the Middle East, listen to the Holy Qurʾan and Arabic and Persian poetry, as well as music from al-Andalus; they can learn about the different fragrances of herbs and spices that travelled long distances across the Islamic World; and will be able to get a sense of the different materials and decorations used in the arts over time.

The enhanced and expanded experience ease visitor flow to serve a larger audience with a reframed entrance and upgraded cafés and retail locations. All improvements to the building are in keeping with I.M. Pei’s vision. MIA once again collaborated with the French interior design and architecture firm first retained by I.M. Pei, Wilmotte & Associés, throughout the reinstallation process.

To celebrate its reopening, Qatar Museums and Thames & Hudson have co-published the beautifully illustrated 500+ page catalogue dedicated to the history and collection of the Museum of Islamic Art.

Opening on 26 October 2022 on MIA’s Temporary Exhibition Gallery, Baghdad: Eye’s Delight will introduce and celebrate the significance of Baghdad under the Abbasid dynasty (750-1258) and its influential impact in the region and around the world up until today. The exhibition will highlight Baghdad as a political, economic, and intellectual hub during a period that was one of the most innovative in world history. It will also explore Baghdad’s role as a great intellectual and artistic city that has attracted scholars and philosophers from around the world, and document the city’s tremendous resilience in face of war, violence, and destruction through its history. The exhibition highlights how Baghdad continued to endure, building on the memories of its Abbasid heritage. It will pay homage to the city’s “glorious” past, concentrating on the Baghdad of the 20th century, focusing especially (but not only) on the period between the 1940s and 1970’s when Baghdad once again became a thriving place with vibrant city life. The display will comprise 160 objects, including loaned works from Biblioteca Apostolica Vaticana, Vatican City; Louvre Museum, Paris; The Metropolitan Museum of Art, New York; Museum of Fine Arts, Boston; Museum of Islamic Art (SMB), Berlin; Oriental Department, State Library (SBB), Berlin; Bavarian State Library, Munich; The David Collection, Copenhagen; Benaki Museum, Athens; Barjeel Art Foundation, Sharjah; Dia Al-Azzawi Collection, London; The British Library, London; and Chester Beatty, Dublin. An immersive exhibition design includes scenographic elements, including a depiction of the River Tigris on the floor of the exhibition that serves to connect the different themes.

Presented in conjunction with the exhibition, City of Mirages: Baghdad, 1952-1982 on MIA’s level four will spotlight built and unbuilt work by 11 architects, including Frank Lloyd Wright, Le Corbusier, Walter Gropius, Josep Lluís Sert, Alvar and Aino Aalto, and Robert Venturi FAIA. The exhibition, curated by Prof. Pedro Azara was organized by the Barcelona Delegation of the Col. d’Arquitectes de Catalunya (COAC) in Barcelona in 2012 and then became a traveling exhibition that was displayed in the US (New York, Boston – MIT), Ramallah and Baghdad.