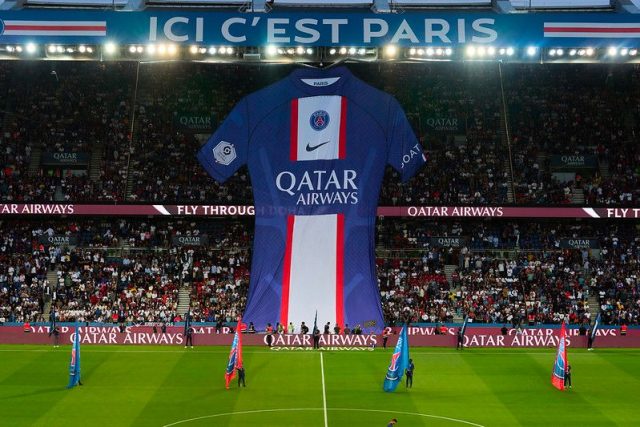 The airline, which was named the team’s Official Airline Partner in 2020 and most recently became the Official Jersey Partner in June 2022, hosted multiple celebrations with fans both in-person and virtually to commemorate the partnership.

To celebrate the occasion, Qatar Airways hosted several opportunities for fans to experience the best of both organisations. To kick-off the weekend, all 340 passengers flying from Doha to Paris on flight QR0041 were surprised with the new Paris-Saint Germain jerseys featuring Qatar Airways on the front. The flight also received special passenger announcements from PSG players Kylian Mbappe, Lionel Messi, Neymar, Achraf Hakimi, Presnel Kimpembe, and Renato Sanches.

Qatar Airways Group Chief Executive, His Excellency Mr. Akbar Al Baker, said: “Qatar Airways and Paris Saint-Germain aim to give customers and fans the best experience possible. We both believe in the importance of connecting the world – through sport and through travel – and our shared values as global brands dedicated to excellence are sure to make this continued partnership a success through our travel packages for fans and beyond.” 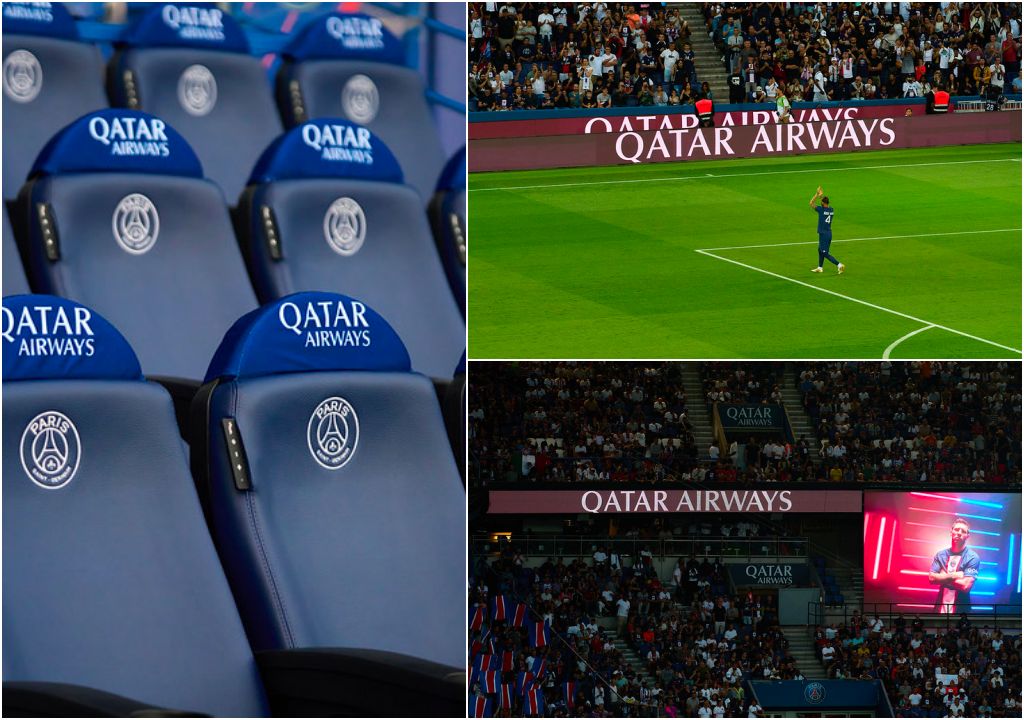 During the match, Parc des Princes featured full Qatar Airways branding through the stadium, including on LEDs and pitch-side, fan engagement opportunities, and a photo moment featuring Paris Saint-Germain  and Qatar Airways leadership, the full roster of players, and Qatar Airways crew. Fans unable to see the display in-person were treated to full VIP access, with social media users determining where Qatar Airways travelled within the stadium for behind-the-scenes views.

Throughout the season, fans will also be able to travel from more 150 worldwide destinations to Paris on Qatar Airways’ global network through Qatar Airways Holidays travel packages. As the Official Fan Travel Packages Partner of Paris Saint-Germain, Qatar Airways Holidays is offering all-inclusive travel packages for fans to attend any 2022-23 season home match live at the Parc des Princes stadium. The flexible and personalised packages allow fans to book their complete trip, including match tickets, hotel accommodation and return flights all in one place, with no minimum stay. Fans interested in booking can visit holidays.qatarairways.com/PSG. For global and GCC fans who have already booked their flight to Paris, Qatar Airways is offering additional packages, which include hotel accommodation and match day tickets only, through qatarairwaysholidays.com/PSG.

With 46 major trophies across all competitions, Paris Saint-Germain is an iconic global club that transcends sport and incorporates the worlds of entertainment and fashion to be positioned as a leading sporting and lifestyle brand. The Parc des Princes is home to the French champions who have won the ‘Ligue 1’ title 10 times and are one of three clubs in Europe to reach the knockout stages of the UEFA Champions League every season since 2012.

In its goal to bring communities together through sport, the World’s Best Airline has an extensive global sports partnership portfolio that, along with Paris Saint-Germain, includes football entities such as the FIFA World Cup Qatar 2022™, FC Bayern München, CONMEBOL and CONCACAF. Qatar Airways has additional partnerships across multiple sports disciplines such as equestrianism, kitesurfing, padel, squash, tennis, and recently announced, Ironman and Ironman 70.3 Triathlon Series.

Joining in on the celebration of the partnership, the hub of Qatar Airways, Hamad International Airport (HIA) in Doha – voted as the Airport of the Year for the second time in a row and the Official Airport of Paris Saint-Germain – is working with Qatar Duty Free (QDF) to expand the club’s official fan store in the airport to provide fans the opportunity to secure a wide range of official club merchandise on their way to Paris.

Formula 1 Back in Istanbul