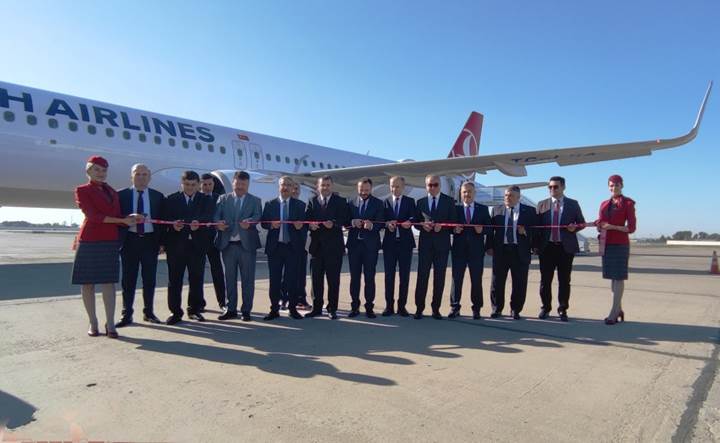 Flying to more countries than any other airline, Turkish Airlines continues to add new destinations to its flight network.

The airline launched operations to Bukhara, the ancient city of Central Asia, recognized as a World Heritage Centre by UNESCO due to its rich history spanning over 2,500 years. Turkish Airlines flight TK266, operated onboard a A321neo aircraft, landed in Bukhara for the first time on June 7 and was welcomed with a water salute.

During the ceremony held at Bukhara International Airport, Turkish Airlines General Manager Bilal Ekşi stated; “We are happy to add Bukhara, the city that invites travelers to a historical journey. Our flights to the city that lives past and present supports the economic and sentimental ties between Türkiye and Uzbekistan and ensures Uzbekistan’s historical streets are even more accessible to travelers from around the world.”

As a spiritual heart of Turkish-Islamic history and one of three cities in the world holding the title of Kubbet-ül İslam (Domes of Islam), Bukhara drew the interest of millions of travelers over the course of history with its rich history of knowledge, culture, and Islamic influence. Strengthening its ties to Turkish-Islamic world throughout history, Türkiye is aiming to increase the allure of the region with the flights operated by the flag carrier.

Dubai Announces 120 International Business Events for 2021 and Beyond