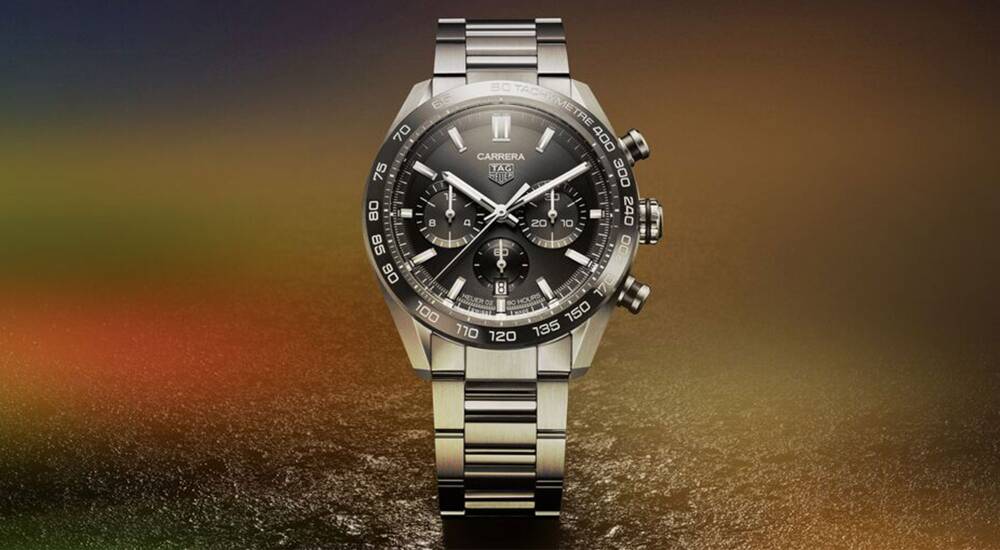 Renowned for inventing exceptional timepieces for over 160 years, TAG Heuer is marking the anniversary this year with a new edition of one of its most iconic models, the TAG Heuer Carrera, a fixture on the wrists of professional racecar drivers since 1963. This reissue is accompanied by an ambitious campaign that captures the TAG Heuer spirit: every challenge is an opportunity to build the future.

The saga of the TAG Heuer Carrera dates back to 1963, when Jack Heuer, supplier of the official chronometer for the 12 Hours of Sebring endurance grand prix in Florida, learned of another epic endurance race in Mexico, the Panamericana. He set about to design the first Heuer Carrera especially for professional drivers.

The watch has become an icon through decades of striking reinterpretations, embodying the perfect fusion of elegance and the TAG Heuer competitive spirit. In 2020 the brand is adding a new chapter to the history of the collection, reimagining the TAG Heuer Carrera in a range of timeless contemporary models.

For this global launch, TAG Heuer has created an ambitious campaign featuring an endurance race driver who overcomes seemingly impossible challenges with mental strength and sheer passion during the nighttime segment of the race. The cornerstone of the campaign is a film entitled “The Longest Night”, shot by Daniel Wolfe, known for his work for Hennessy, Mini Cooper and Nike.

Inspired by the world of endurance racing that spawned the original Carrera model, the “FOREVER CHASING TOMORROW” campaign presents each challenge as an opportunity to be seized to build the future and become a legend. This resilient mindset resonates powerfully with new generations avid to keep the drive alive and face adversity without ever giving up.

A print campaign lensed by Magnum photographer Christopher Anderson captures striking moments from the film “The Longest Night”, focused on the driver’s concentration before the moment of action that decides the final outcome of the race.

Following this launch will soon be released new references paying homage to the original 1963 model, as well as limited editions.

Ras Al Khaimah to Host The European Tour in 2022