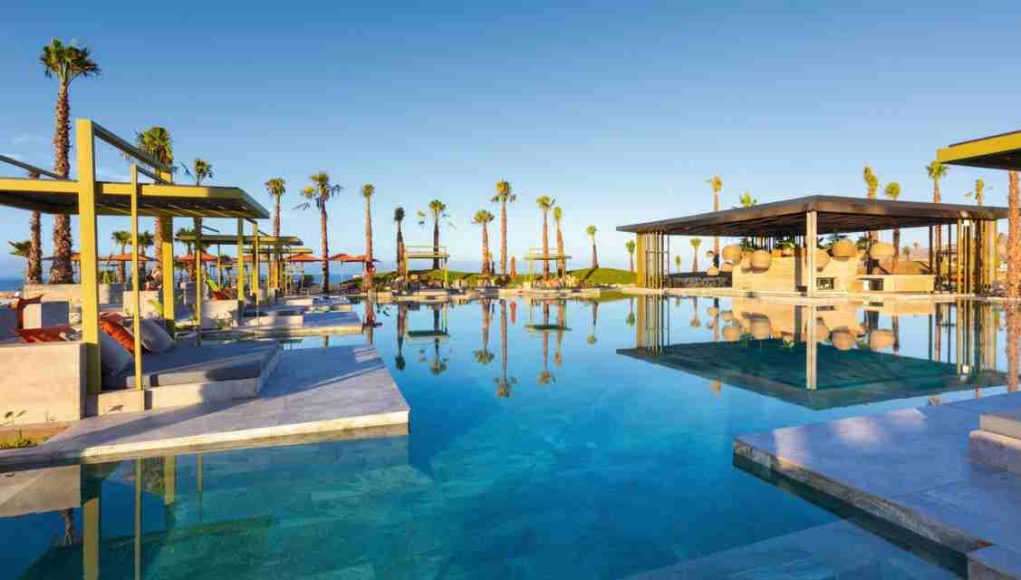 RIU Hotels & Resorts and its partner Tikida Group are reopening two of their elegant hotels in Morocco: Riu Palace Tikida Taghazout which opened on 10 July, and Riu Tikida Dunas which opened on 12 July. This marks Morocco’s return to RIU’s catalogue of destinations, so that its loyal customers can choose this exotic location, now with the highest possible guarantees of safety and cleanliness thanks to the RIU protocol for post Covid-19 hotels.

Following the lead of the chain’s establishments that are already in operation, both hotels and all of their staff are ready to implement the 17 protocols set out in the RIU Manual for Post-COVID Hotels. The manual was developed in partnership with the consultant Preverisk to offer the highest possible guarantees of safety to both customers and staff. The application of these protocols includes staff training that is specific to each department, so that they can gradually return to their tasks.

Located just 15 kilometres to the north of the city of Agadir, in Taghazout Bay, the Riu Palace Tikida Taghazout hotel returned to operation on 10 July. It sits on an idyllic beach which has an exclusive area of sun loungers, only for guests. This elegant 5-star hotel opened in October 2019, making it RIU’s newest addition in the country. It offers RIU’s famous 24-hour all-inclusive service, free WiFi, a wide range of dining options across its four restaurants and six bars, as well as diverse entertainment programmes.

Riu Palace Tikida Taghazout, which sits on an 18-hectare plot by the sea, has 504 rooms and stunning terraces and gardens, as well as five enormous and elegantly designed pools set out in a cascade, with enticing Bali beds around them.

Riu Tikida Dunas opened its doors on 12 July, in its privileged location on the seafront and surrounded by an unforgettable landscape. With its 4-star category, this hotel offers RIU’s famous 24-hour all-inclusive service, as well as other exclusive services such as free WiFi throughout the hotel, tennis courts and several entertainment programmes. A complex where guests can find everything they need and enjoy the warm Moroccan climate in one of the three outdoor pools, the indoor pool or the private area of the beach, only for hotel customers.

Riu Tikida Dunas has 406 rooms, all of which have a balcony or terrace where customers can enjoy the surroundings of this hotel in Agadir. The hotel’s cuisine is outstandingly varied and delicious. In its four restaurants, customers can taste the best international, Asian and Moroccan dishes as well as an authentic American breakfast buffet with show cooking stations.

The hotel chain will continue to work with Tikida Group over the next four weeks to reopen their remaining four hotels in Morocco: Riu Tikida Beach, Riu Tikida Palmeraie, Riu Palace Tikida Agadir and Riu Tikida Garden. With this reopening, RIU will have returned to action in 16 of the 19 countries where it operates and will continue with its aim of gradually reopening all of its 99 hotels.

The Secrets of Egypt & The Nile Cruises