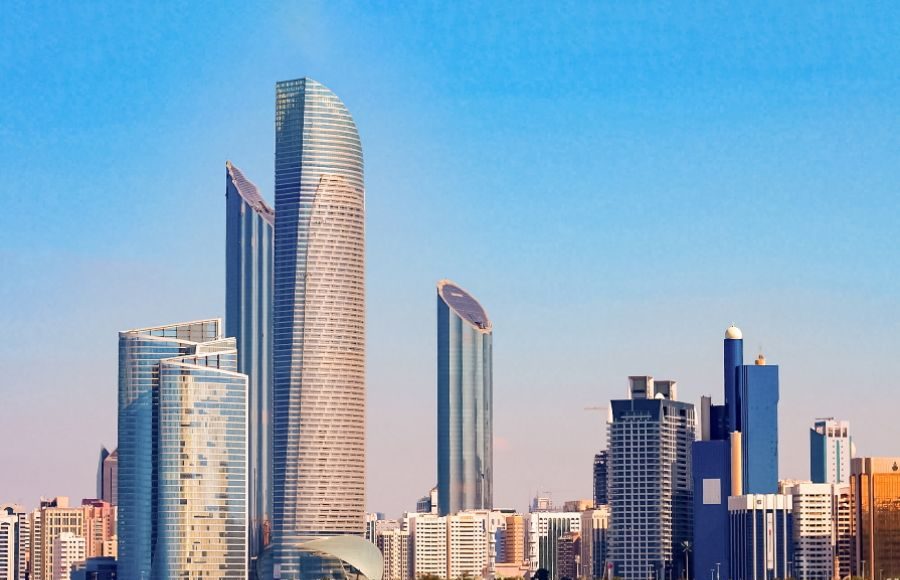 The real estate market of Abu Dhabi, capital of the United Arab Emirates witnessed continued moderate declines, across both sales prices and rents, during Q2, 2020.

However, with a raft of developer incentives and the proactive public policy response, sales volumes are expected to increase over the second half of 2020, according to the Chestertons’ Observer: Abu Dhabi Market Report Q2 2020.

Overall, the capital’s real estate market continued to see declines in sales values, with average apartment prices falling by 1.4% and villas by 1.3% q-on-q.

The capital’s residential sector, however, was supported by a rise in loan to value ratio for first-time buyers introduced by the Central Bank of the UAE (CBUAE), coupled with the cancellation of the Abu Dhabi Municipality fee, equivalent to 2% of a property’s purchase price, in March 2020.

“Further initiatives, by both UAE and Abu Dhabi authorities, to support an economic recovery over 2021 bode well for the capital’s real estate market medium term.”

In the apartment sales market, Al Ghadeer saw the highest price declines q-o-q, with average apartment prices falling by 2.1%, from AED 715 to AED 700 per sqft. Al Reef saw the second-highest fall in average prices, reaching AED 750 from AED 765 per sqft over Q1 2020, representing a 2% decline. Saadiyat Island saw the lowest average quarterly decline, with prices falling by just 0.7% to AED 1,370 from AED 1,380 per sqft in Q1.

In the villa market, Al Raha Gardens recorded the highest declines q-o-q, with average prices falling by 2.2% to AED 675 per sqft in Q2. The strongest performing locations were Khalifa City and Al Raha Beach Area, which witnessed declines of 0.6% and 0.5% q-o-q, respectively, with average prices at Khalifa City at AED 840 per sqft, and in Al Raha Beach Area at AED 1,065 per sqft.

Average apartment rental rates fell by 2.2% and villas by 2%, a sharper rate of decline than experienced in Q1, a result of the economic impact of COVID-19. The highest average rental decrease in the apartment sector was in Al Ghadeer, where average rents decreased by 4.2% from Q1 2020, with average two-bedroom apartment rents standing at AED 40,000 per annum.

Al Reem Island witnessed the second-highest quarterly declines, at -4%, due to declining rents for smaller units. Studio rents averaged AED 46,000 while rental rates for a one-bedroom units stood at AED 60,000 per annum.

Average villa rent declines were less pronounced than apartments; however, they witnessed an increased rate of decline over the second quarter of 2.0%, following an overall reduction of just 0.6% in Q1 2020.

Al Raha Gardens saw the most moderate decline in quarterly rents, with average rates falling by just 0.5% over Q2, following a rise of 2.3% in the previous quarter.  Three-bedroom units in Q2 averaged AED 144,000 per annum.

“The most significant ongoing threat to the rental sector comes from a fall in demand driven by rising unemployment and declining income levels for private sector workers. The second quarter witnessed a rise in unemployment, especially across travel-related sectors, and a further fall in Abu Dhabi’s expatriate population presents a clear risk moving forward.

“With Abu Dhabi’s economy forecast to rebound next year, we expect to see greater stability across residential prices and rents over 2021,” concluded Hobden.

Qatar Airways Offers More Global Connectivity Than Any Other Airline